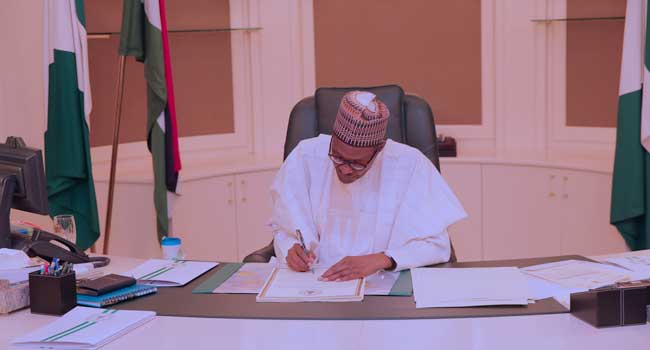 On Tuesday, the Minister of Foreign Affairs, Geoffrey Onyeama, presented letters of credence to the ex-service chiefs at a mini ceremony organized in their honor.

“The Minister of Foreign Affairs during the brief ceremony congratulated the immediate past service chiefs on their appointment by Mr. President and called on them to deploy their wealth of experience to promote Nigeria’s interest during their tour of duty in countries of accreditation,” he said in a statement.

It would be recalled, that on February 4, 2021, President Buhari appointed the ex-service chiefs as non-career ambassadors.

The president appointed the ex-service chiefs in 2015 and refused to bow to the pressure to relieve them of their duties until they “voluntarily resigned”.