President Muhammadu Buhari has congratulated Julius Maada Bio on his election as new President of Sierra Leone. Bio won the West African nation’s presidential election run-off held on March 31. The President, in a statement issued by his Special Adviser on Media and Publicity, Femi Adesina, commended the people of Sierra Leone on the successful…”
Yusuf
Politics 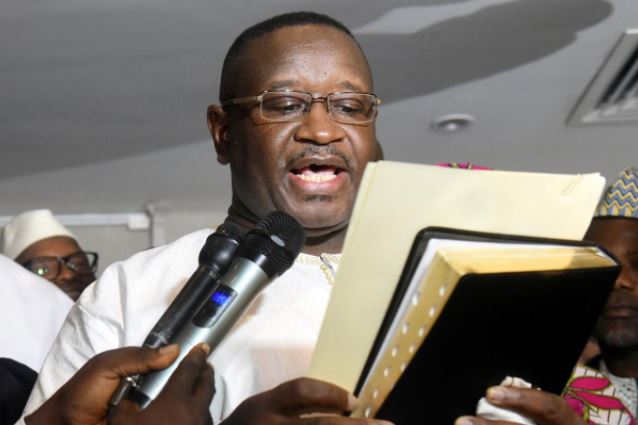 The President, in a statement issued by his Special Adviser on Media and Publicity, Femi Adesina, commended the people of Sierra Leone on the successful conduct of the presidential election run-off as well as the parliamentary and local council elections held on March 7.

With the elections concluded and following the trend of recently held peaceful elections in West Africa, President Buhari urged all stakeholders in Sierra Leone to work together for peace, security and development of the country.

He enjoined all those with grievances over the outcome of the elections to seek constitutional means of resolving them, stressing that nothing should be done to endanger the peace and stability of the country in particular and the sub-region in general.

Buhari also saluted the resilient spirit of Sierra Leoneans, who have clearly demonstrated their ability to manage their own affairs and consolidate on the country’s progress after a post-conflict era.

He commended the immediate past President, Ernest Bai Koroma, for his commitment to a credible electoral process and spirited efforts at bringing stability and positive changes to the nation during his presidency.