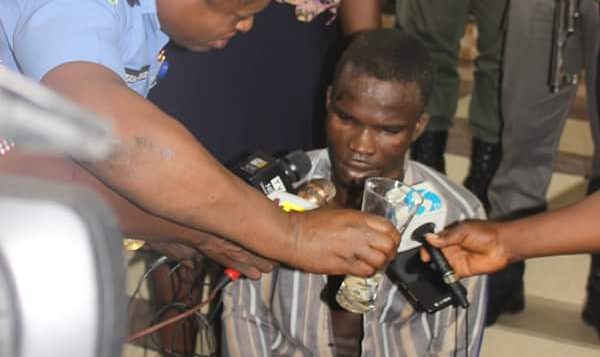 He escaped from the custody of the State CID in Port Harcourt after being paraded at the Police Headquarters.

A policeman, Sergeant Johnbosco Okorinize is in prison custody for the escape.

There is serious jubilation at the Rivers State police headquarters when the state CID commander broke the news few minutes ago.

Buhari Jets Out For OIC Summit In Saudi Arabia