The Bayelsa Gov. Seriake Dickson of Bayelsa has authorized the creation of a special court to fast-track the prosecution of those indicted in the payroll fraud in the state civil service. Recall that Governor Dickson had set up a prosecution team following staff verification exercise that uncovered 5, 000 ghost workers in Bayelsa public service….”
Yusuf
News 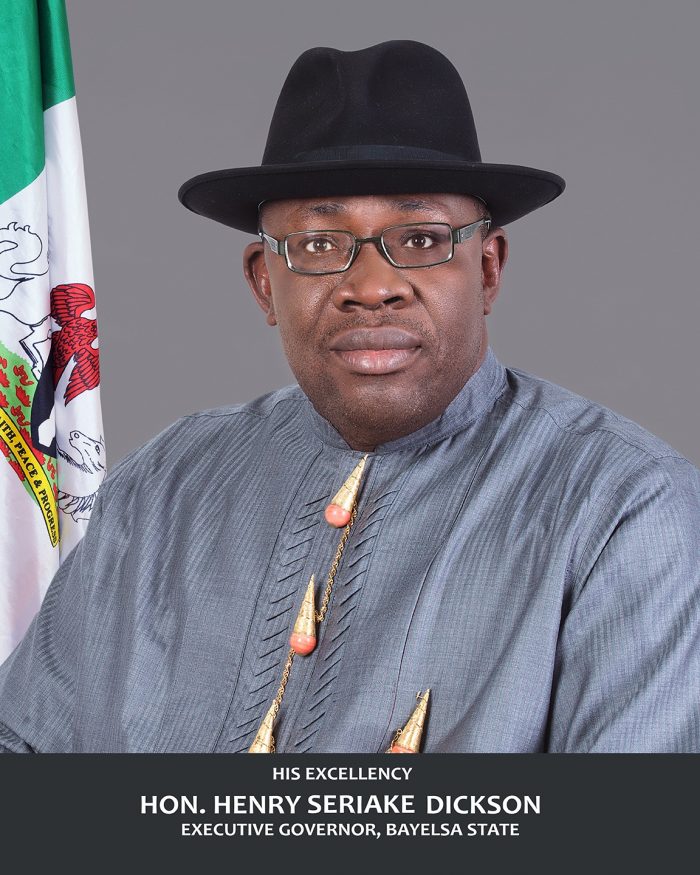 The Bayelsa Gov. Seriake Dickson of Bayelsa has authorized the creation of a special court to fast-track the prosecution of those indicted in the payroll fraud in the state civil service.

The governor spoke on Thursday in Yenagoa, when he addressed members of the Committee on Public Service Reforms.
He said that government had alerted the Commissioner of Police and had constituted a committee to prosecute those inflicted in the fraud.

The nine-man judicial commission is headed by Justice Doris Adokeme.

“We have contacted the Commissioner of Police on the need for prosecution. I can assure you that no innocent person would be affected.

“That is why the Judicial Commission of Inquiry is there. Anybody who has a case, anybody who feels he is not fairly treated has the chance to go there.

“The prosecution team is waiting and the courts are waiting to commence action soon,” Dickson said.

The governor reiterated his resolve to do everything necessary to stop the bleeding of the state finances by some greedy unscrupulous elements.

However, recall that a staff audit constituted in May 2016 to probe the payroll fraud in the local government system discovered 3,243 unauthorised employees in the Rural Development Authorities, and 3,037 in the eight constitutionally recognised local government areas.

Dickson lamented that the probe into the entire public service had uncovered widespread corruption costing the state about N1 billion every month.

Dickson ordered the compilation of the names of the alleged salary fraudsters, during one of the meetings with the committee chaired by the Deputy Governor, retired Rear Adm. Gboribiogha John Jonah.

According to Dickson, the first practical step towards implementing the painstaking reforms is that those discovered to be drawing salaries from multiple agencies of the state would stop receiving their pay with effect from October.

Mr Daniel Iworiso-Markson, Commissioner for Information and Orientation, told investigators in a telephone interview that full action on the committee’s report would commence soon.

“We are talking about fraud perpetrated over the years that has made the state to lose billions of naira.

“So if the governor, who demonstrated the courage to take on this evil, is making moves to prosecute them, then it should not be a surprise,’’ Iworiso-Markson said.