The Video revealed a self-driving vehicle crash in suburban Phoenix showing a pedestrian walking from a darkened area onto a street just moments before an Uber SUV strikes her. The video shows the human backup driver in the SUV looking down until seconds before the crash. The driver looked up and appeared startled during the…”
Editor
Technology 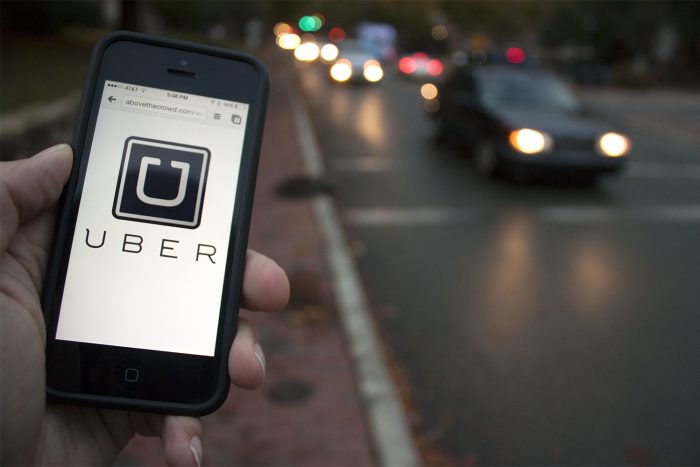 The Video revealed a self-driving vehicle crash in suburban Phoenix showing a pedestrian walking from a darkened area onto a street just moments before an Uber SUV strikes her.

The video shows the human backup driver in the SUV looking down until seconds before the crash. The driver looked up and appeared startled during the last moment of the clip.

The footage released Wednesday by police came a day after Tempe Police Chief Sylvia Moir told a newspaper that the SUV likely wouldn’t be found at fault.

According to reports the lights on the SUV didn’t illuminate 49-year-old Elaine Herzberg on Sunday night until a second or two before impact.

This has raised questions as to whether the vehicle could have stopped in time.

The San Francisco Chronicle quoted Moir saying that it would have been difficult to avoid the collision.

“I suspect preliminarily it appears that the Uber would likely not be at fault in this accident, either,” Moir told the Chronicle.

The Arizona Republic also quoted the police chief as saying the crash was “unavoidable” based on an initial investigation and a review of the video.

Moir didn’t respond to a call and email Wednesday from The Associated Press seeking comment. Sgt. Ronald Elcock, a Tempe police spokesman, declined to comment Wednesday on the chief’s views on who is at fault in the crash.

The crash Sunday night in Tempe was the first death involving a full autonomous test vehicle. The Volvo was in self-driving mode with a human backup driver at the wheel when it struck Herzberg, police said.

Uber immediately suspended all road-testing of such autos in the Phoenix area, Pittsburgh, San Francisco and Toronto.

The National Transportation Safety Board, which makes recommendations for preventing crashes, is investigating the crash.

“The video is disturbing and heartbreaking to watch, and our thoughts continue to be with Elaine’s loved ones,” said Uber spokesman Andrew Hasbun. “Our cars remain grounded, and we’re assisting local, state and federal authorities in any way we can.”

Tempe police have identified the driver as 44-year-old Rafael Vasquez. It appears that Vasquez spent more than four years in prison for two felony convictions before starting work as an Uber driver. The AP has not been able to reach Vasquez and authorities would not explain the discrepancy.

Still, the birth dates of the person who did the prison stint and the driver in Sunday’s crash were the same.

The robbery occurred when Vasquez, who at the time worked at a video rental store, and another store employee went to a Scottsdale bank at night to deposit $2,700. Although he appeared at first blush to be a victim, police say Vasquez had staged the robbery with a friend to pay off the friend’s drug debt and give Vasquez a portion of the proceeds, according to court records.

Attempts by the AP to contact Vasquez through phone numbers and social media on Wednesday afternoon weren’t successful.

The fatality has raised questions about Uber is doing enough to screen its drivers.

The company bans drivers who are convicted of violent crimes or any felony within the past seven years — which Vasquez would have passed given that records show the offences occurred in 1999 and 2000.

The company’s website lists its pre-screening policies for drivers that spell out what drivers can and cannot have on their record to work for Uber.

Hasbun said the company doesn’t use different background check requirements for autonomous vehicle operators compared to those who pick up passengers in their own vehicles.

In addition to going through the same background checks as standard Uber drivers, the company puts its autonomous vehicle drivers through a training program that includes heading out on public roads with experienced operators and written exams.

Hasbun confirmed that these requirements apply across the country, and that the company will also defer to states that have their own controlling laws.

Arizona has its own requirements for transportation network company drivers that prohibit registered sex offenders and those who have committed certain serious offences within the past seven years.