Atiku’s Clandestine Visit To The U.S By Festus Keyamo

In our press release issued on Sunday, December 30, 2018, titled “WHEN THE THIEF IS SHOUTING THIEF”: THE CASE OF ALHAJI ATIKU ABUBAKAR”, we correctly predicted as follows: “By running for President of Nigeria, Atiku intends to get some immunity from prosecution. Already he is hoping to obtain a visa to visit the US, as…”
Editor
featured Op-Ed 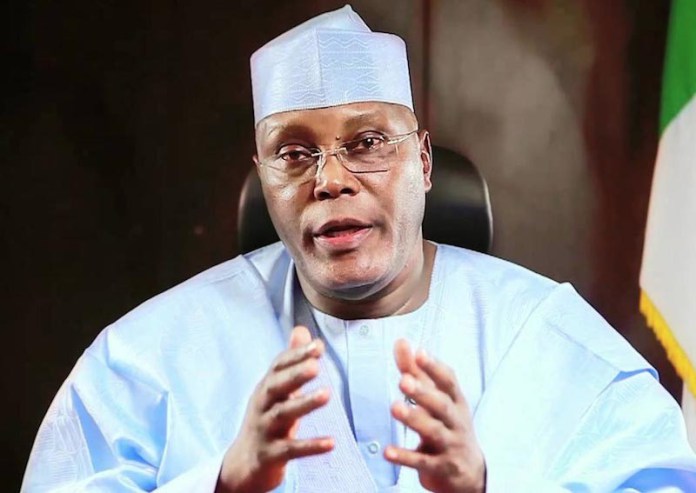 In our press release issued on Sunday, December 30, 2018, titled “WHEN THE THIEF IS SHOUTING THIEF”: THE CASE OF ALHAJI ATIKU ABUBAKAR”, we correctly predicted as follows: “By running for President of Nigeria, Atiku intends to get some immunity from prosecution. Already he is hoping to obtain a visa to visit the US, as a guest of the State department, a concession that the US will grant to a Presidential candidate of Africa’s biggest Nation”.

Therefore, we were not surprised by his visit to the U.S. For us, this visit is really a non-event considering the issues involved in the forthcoming election. However, we have bad news for those who think this is a momentous event for Atiku Abubakar: the visit was nothing but a downright catastrophe because rather than dispel the fact of indictments hanging over his head, it further confirms and reinforces those facts for the following reasons:

(1) The visit had all the trappings of a fugitive sneaking into America under a “special diplomatic waiver”. For the candidate of the major opposition party in Nigeria, it is an absolute disaster that the visit was not announced ahead of time in Nigeria, with his programmes and itinerary clearly spelt out, the decent and customary minimum standard of such visits. This culminated in his close aides issuing conflicting statements about the visit when he was already on his way there. In fact, one of them called Paul Ibe actually spoke to the Press that his principal was nowhere near America! Such was the secrecy of the planning and execution of that visit.

(2) It is shameful that a presidential candidate of a major opposition party in Africa’s most populous country would visit America, and the international press was kept in the dark: There was NO SINGLE press conference with the array of international media and correspondents required for such ‘high-profile’ visit. Atiku knows he has no moral stamina to withstand the avalanche of hard questions bordering on his sordid past in America. In fact, Alhaji Atiku Abubakar claims he visited the Voice of America (VOA) but only did two carefully-packaged interviews with the Hausa service and the English to Africa program – platforms that have always been available to him back home. How strange! In fact, both the Twitter handle (@VOANews) and official website of VOA did not mention any such visit of Alhaji Atiku Abubakar to their station. For news hounds, you would agree with us that such an ‘important personality’ cannot walk into a news premises without reporters swooping on him. Whatever he went to do in the premises of the VOA must have been a carefully-arranged private visit for the photo-ops, which was intended to scam Nigerians. What more evidence do we need of a “sneak-in-sneak-out” arrangement than this?.

(3) For a candidate who claims he wants to “get Nigeria working again” (a meaningless phrase) to sneak into America without meeting major players in private businesses is a curiosity and an indication that we are dealing with a candidate with a dodgy and questionable character. He claims he went to the U.S Chamber of Commerce, which is supposed to be a business federation. Again, the Twitter handle (@USChamber) and the website of the organization make no mention of the visit of such an ‘important personality’ to them. Maybe their famous American lobbyist on a salary of N9million per month can help them ‘do something’ about this after this press statement.

(4) It is also an anomaly that the candidate of the major opposition party in Nigeria sneaked into America and did not meet large sections of political leaders of similar ideologies and persuasions towards which he claims to be inclined. For all his claim to be going to America to meet “U.S Government officials”, he only succeeded in meeting a certain “Congressman Smith”, who is the equivalent of a member of the House of Representatives in Nigeria. You would agree with us that as dignified and respected as the office of a Member of the House of Representatives is, an important personality cannot come to Nigeria on an official visit and claim he has met the “Nigerian government officials” after he pays a private visit to that Member. For all we know, the Congressman Smith may just be a private friend of Dr. Bukola Saraki or Alhaji Atiku Abubakar. That reminds us of Atiku’s famous legislator friend he threw under the bus, Williams Jefferson, who taught us how to hide laundered money ( which was meant for Atiku Abubakar) in the deep freezer when the cops came knocking on his door!

In all, it is very obvious now that the so-called American trip was a desperate trip for photo-ops. Throughout the trip, Atiku Abubakar looked cagey, frightened and on edge. We note the close support always provided by Senate President Bukola Saraki like a comforting guardian angel. The visit and arrangements smack of things local yahoo yahoo boys do to scam their victims. It is utterly disgusting and puerile that it has been brought into a serious political contest.

Rather than being the highpoint of his campaign, the American visit is indeed the lowest watermark of Atiku Abubakar’s campaign. It was a political and P.R disaster. The statements he released from there only to the Nigerian Press back home that he intends to alienate other countries and do business with the U.S is actually the antithesis to our policy of non-alignment.

For the information of Alhaji Atiku Abubakar and his handlers, Nigerians know that Nigeria is already working again for everyone and not for a few. As confirmed by him in a town-hall meeting a few days before his disastrous trip to the U.S, he said he wants to “get Nigeria working again” only for few of his friends who he claims he wants to make rich. If he cannot get them rich now from his private businesses, it is obvious that he is referring to the use of public funds to make his friends rich. Nigerians should judge for themselves whether this is the type of President they want.

Finally, whoever advised Atiku Abubakar to undertake that trip to America just destroyed his entire campaign and exposed him for who he is – a questionable character who has continued to leave huge questions over his suitability for the highest office of the land and as such cannot be trusted by the Nigerian people.