The Academic Staff Union of Polytechnics (ASUP) on Wednesday lauded President Muhammadu Buhari for signing the Polytechnic Act Amendment Bill into law. It’s National President, Mr Usman Dutse, spoke with the News Agency of Nigeria (NAN) in Lagos on Wednesday, while reacting to the signing of the bill into law by the president. Dutse said…”
Yusuf
News 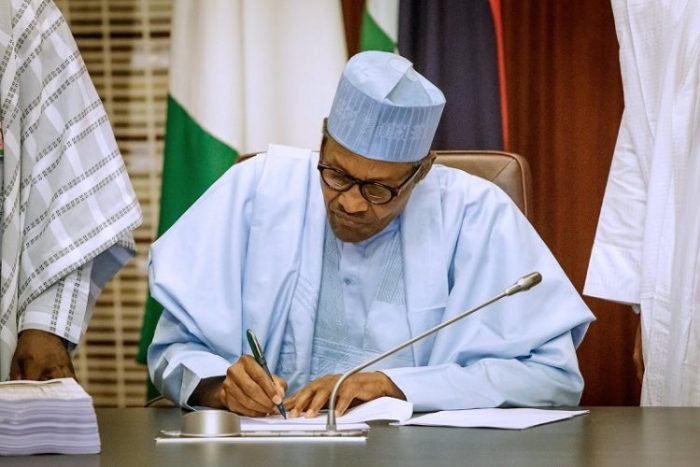 It’s National President, Mr Usman Dutse, spoke with the News Agency of Nigeria (NAN) in Lagos on Wednesday, while reacting to the signing of the bill into law by the president.

Dutse said the union was happy that the bill was finally signed, hoping that all agencies concern would commence its implementation immediately.

He said the law when implemented, would bring development into the system, minimise internal challenges and conflicts in the sector and also increase efficiency in operations.

Dutse said the law would also minimise government’s interference and improve democracy in the sector and industrial harmony.

“We are happy that finally, the bill has been signed; and we thank God Almighty for this great feat we have recorded in the sector.

“The law is a paradigm shift in the polytechnic sector; it will address many challenges bedevilling the sector.

“We appreciate President Buhari for assenting to the bill because we made series of efforts in the sixth and seventh assembly, but all the efforts ended without any result.

“We thank God that this time, we were able to achieve something, and we believe it will be a paradigm shift in the sector.

“The law will bring development into the system, minimise internal challenges and conflict in the sector; it will bring about increase efficiency in operations, minimise government interference and improve democracy in the sector

“I want to encourage all stakeholders to implement the law. We are calling on all the agencies to immediately commence implementation.

We are appealing to all the agencies concern to do the needful without further delay,” he said.

Dutse urged the Federal Government to also continue with the efforts and give more attention to the sector.

He said that Polytechnic Act was just one of the many agitations and demands of the sector, urging the government to meet other demands.

“We are calling on the government, to without further delay, release the approved funds for the NEEDS assessment in all polytechnics, so that with the review of the law, everything will be complemented.

“The NEEDS assessment is to ensure a sustained and effective intervention in the infrastructure and other needs of our institutions, and it is long overdue.

“A good law without good infrastructure in the polytechnic will not yield the desired result; so we want government to improve infrastructure facilities in the sector.

“We also want government to meet all other demands which include reviewing the Memorandum of Action, release of the revitalisation fund, non-payment of salaries by some state governments, payment of CONTISS 15 arrears and HND/BSc dichotomy, among others,” he said.