The Aragbiji of Iragbiji, Oba Abdulrasheed Olabomi in this interview with OSUN DEFENDER bares his mind on the involvement of traditional rulers in partisan politics and his decision to openly support Governor Adegboyega Oyetola among other issues. Excerpts: YOU have openly supported Governor Gboyega Oyetola even before his emergence as the standard bearer of the APC…”
Yusuf
featured Op-Ed 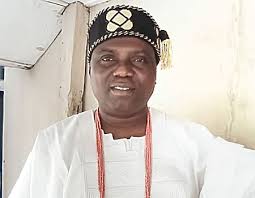 The Aragbiji of Iragbiji, Oba Abdulrasheed Olabomi in this interview with OSUN DEFENDER bares his mind on the involvement of traditional rulers in partisan politics and his decision to openly support Governor Adegboyega Oyetola among other issues. Excerpts:

YOU have openly supported Governor Gboyega Oyetola even before his emergence as the standard bearer of the APC in the governorship election, what informed your decision?

First, I am happy and I thank God for having Oyetola as the governor. Secondly, I must appreciate the pathfinder role played by Ogbeni Rauf Aregbesola in that regard. As a rational human being, it is always good to appreciate and support something good. I have had a very close relationship spanning over 40 years with the incumbent governor, Oyetola. Apart from being an illustrious son of this community, I have seen in him all the qualities one would have wished for anyone with a governorship ambition. And I have seen this before he became the Chief of Staff to former Governor Rauf Aregbesola; and it was by providence that he became the Chief of Staff. Oyetola was not in active politics but he was a politician. He belonged to the class of some people who believe in playing politics without looking for a position. Along the line, providence said ‘go and serve’ and he served consciously for eight years as the chief of staff under Aregbesola.

During this period as the Chief of Staff, he never interfered in the running of Iragbiji affairs. Nobody said anything untowards about him, even his boss Aregbesolaalways showered encomiums on him. In fact, there was a time Ogbeni described him as cool, calm and collected. Also, looking at his person, he is very cool and visionary; a man of quality, one who has passion for service and human development. Besides, he is a financial engineer. Giving all these, I felt here is a man if backed by the political class, would take the state to greater height and I decided within me to put in my best. I am happy to say that I am not disappointed with his performance. I pray he succeeds and does not spend one term in office and that the state becomes greater during his tenure.

What is your assessment of the one year old Oyetola’sadministration?

It has been so far, so good. His administration has had challenges which started from the economic downturn that the country witnessed between 2014 and 2018, and Osun as a state ran into some crisis because of this. This affected the full payment of salaries and allowance of workers and meeting other financial obligations became difficult. But within the short period he assumed office, Oyetola has been paying full salaries and the October salary was paid before the end of the month. Aside from this, public infrastructure are being developed: roads are being constructed, schools are being renovated, and hospitals are being rehabilitated in every ward in the state. For this, I am happy. The traditional rulers in the state are also pleased with his level of achievement. He is getting it right in all forms. At our council of Obas meetings, I am always feeling proud to have him as a son and Governor. There is no doubting the fact that human beings are insatiable, but if someone has done well let us acknowledge it.

I do not support the involvement of the traditional rulers in partisan politics. But I must say there is politics everywhere – be it in church, mosque, organization and societies. In fact, the seat of politics is the palace, however, partisan politics should be a no go area for Obas. During the last gubernatorial and general elections, virtually all the candidates campaigned in my palace and I never drove them away because I had my son among them. At the same time, I needed to support him (Oyetola) in prayers, morally and spiritually which I did. I don’t think there is anything wrong in that, because I saw in him a person that has the capacity to turn the state around.  I do not see anything bad or stopping a traditional ruler from supporting any good candidate. Whichever party that candidate belongs to does not make such monarch a member of that party. And it does not matter to me whichever party is in power because I am not a partisan politician by any standard. The former governor, Olagunsoye Oyinlola and I were very intimate friends. I did not because of that join his party, and I am not a member of the party of this present administration. We must not forget that whoever gets to power will rule over us and if we say we are not interested in whoever becomes what, we will all suffer the consequence of that. There is nothing stopping an Oba from identifying with a good candidate; doing this does not make you an enemy of a party or a friend of another. You are only saying the truth, and if the truth cannot be found in the palace then there is a big problem.

During the height of security challenges in the state, traditional rulers were rallied for support, do you think their efforts contributed to the relative peace enjoyed today?

During this period, we held a stakeholders meeting with all the security apparatuses we have, which include the police, local hunters, OPC, and vigilantes. And we set an agenda to comb all the rural areas in Iragbiji and its environs. We spent a week doing that. We got vehicles and moved round all the nooks and crannies of the town. We also did sensitisation for our people. Our efforts led to the arrest of some suspects. This was very effective because there was nobody who would kidnap and take the victims to the sky. They are always held hostage on the traditional ruler’s land, and they will not stay on any land the moment they perceive they cannot have a safe haven there. I also recommended this step when I got the council of Obas and almost all of them bought into this idea. It is very unfortunate that some persons were kidnapped along Imesi-Ile, but history will not forget the role played by the traditional rulers, the local hunters and vigilantes, the police and OPC members. They mounted pressure on the kidnappers which made them to secure the release of their victims without paying a dime. My issue with the security arrangements in the country is that we give less priority to the hinterlands. The police do not go there, they rather stay on the roads and a lot of crimes are being committed in the hinterlands. It is only the Obas and the local vigilantes, if empowered, that can make security in these areas more effective.

What is your position on the controversial Rural Grazing Area settlements?

We are together in this country. Irrespective of our ethnic groups, everybody’s interest must be respected. The Fulani’s should know that the Yorubas’ main occupation is farming. They should also know that their interests should not jeopardize the fortune of the farmers and at the same time, the farmers must give considerations to the Fulanis.

I am not too comfortable with the issues that accompanied the RUGA settlements matter, because there is no farmer that cattle would eat his crops that will be happy; neither is there any Fulani who will be happy if his cow is killed.

How will you advice the governor to go about politics and governance?

I am not a politician, so I may not be able to advise him on partisan politics but I will advise him to have a strong united party. He should carry his people along in governance and make sure that the people that voted for him should not suffer. He should also ensure the state is moved to higher level. On governance, as an administrator myself, I believe in team work. He therefore, should adopt the principles of team work. He should supervise his subordinates properly because human beings are very unpredictable. He should take care of the civil servants and make them his engine room and motivate them accordingly.