As the clock ticks away, in the countdown to the mid-term anniversary of President Muhammadu Buhari’s four-year tenure, his government raised the ante, by suspending, on Wednesday, the Secretary to the Government of the Federation, Mr. Babachir Lawal, and the Director General of the National Intelligence Agency, Ambassador Ayo Oke. Their suspension over corruption related…”
Editor
Op-Ed 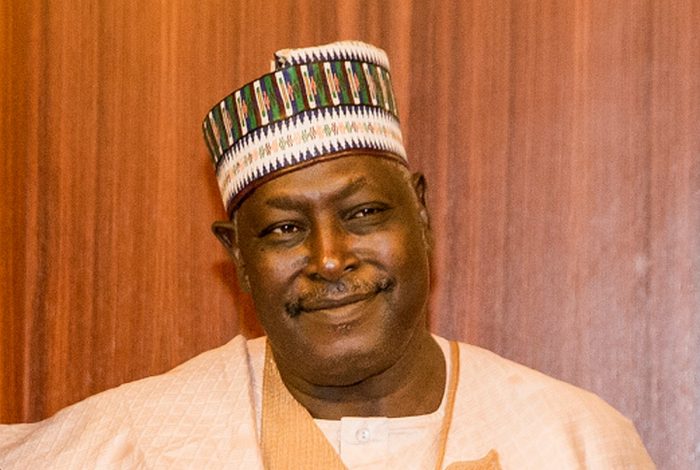 As the clock ticks away, in the countdown to the mid-term anniversary of President Muhammadu Buhari’s four-year tenure, his government raised the ante, by suspending, on Wednesday, the Secretary to the Government of the Federation, Mr. Babachir Lawal, and the Director General of the National Intelligence Agency, Ambassador Ayo Oke.

Their suspension over corruption related charges is to enable a committee, headed by Vice President Yemi Osinbajo to get to the bottom of the moral controversy that has recently trailed the duo. To underline his seriousness, Buhari gave the Osinbajo-led committee 14 days to submit its findings, signalling thereby that this is not another device in the political bag of tricks to bury a raging controversy. The allegations of moral perfidy around Lawal are familiar enough. They mainly relate to the award of dubious contracts to ghost companies with reference to the Presidential Initiative for the North East, and the running of the Internally Displaced Persons camps. It is interesting to recall that the Senate which issued a massive report on the issues, as well as various civil society groups have called for Lawal’s sack. Mysteriously, however, the Attorney General, Mr. Abubakar Malami, claimed to have investigated the case, thus providing a basis for a Presidential clean bill of health. So, the matter appeared to have died an unnatural death, until it was resurrected in the wake of the saga surrounding the discovery, at a private apartment, in Ikoyi Lagos, of substantial amounts of money in both foreign and local currencies, totalling over N15bn. Amidst the drama, suspense, charges and counter-charges that attended the discovery, the NIA suddenly spoke up to claim ownership of the mystery haul, insisting that it was meant for “covert operations”. Inviting several questions and stunning queries from a confused public.

Obviously, it was in the attempt to live down gathering cynicism over the faltering anti-corruption agenda that Buhari, in a rebound, took the recent widely acclaimed step. Pertinent questions raised by the event, include why it took so long to ease Lawal out, if indeed he has been eased out, and whether the new initiative is a glittering flash in the pan of entrenched corruption, or the beginning of a genuine reset in the anti-corruption programme. Before attempting answers to these questions, however, I crave the reader’s indulgence to enter a short take.

Advertised as a policy to usher in quality education, the Federal Government through the Registrar of the Teachers Registration Council of Nigeria, on Tuesday, threatened to sack all unregistered teachers next year. To register, a teacher or lecturer must possess a professional certificate of the TRCN. To be sure, there may be some merit in obtaining the certificate of the body, composed mainly of experts in various aspects of the discipline of education. The Council insists that it is required to be trained in the art of imparting knowledge, as opposed to teaching or lecturing just because you hold degrees in say, Chemistry, Political Science, or Mathematics. This sounds okay, but to stretch it into a cure-all for the nation’s educational malady is to mistake a couple of trees, for an entire forest. It is even more mistaken to insist on sacking teachers in an under-resourced, undermanned landscape, just because they are not registered with the Council. When you survey the vista, you will encounter fundamental problems such as the shifting of education to the budgetary back burner, dysfunctional learning environment, the low morale of teachers at all levels, truncated calendars, delayed remuneration, the low prestige of teaching as a career and a host of other issues. If indeed, this administration is in search of quality education, then it should rank the issues in order of urgency and importance. If it does this, it may well find that the registration of teachers which is now erected into the big league should be the very least of its headaches.

To return to the main discourse, it should be stated that much depends on what further steps are taken to entrench what appears to be a scaling up of the anti-corruption crusade. Hitherto, critics of the administration had complained that the underbelly of the anti-corruption programme was the double standards around it, one for the opposition party, and another for the ruling party especially, ministers and top aides of the President. One of such voices, as this writer reported last week, is that of human rights lawyer, Femi Falana, Senior Advocate of Nigeria, who has repeatedly taken Buhari to task for not dealing firmly and decisively with several cases of alleged corruption among his close aides. This columnist has also had occasion to lament on this very page what I called “the corruption of anti-corruption”. Plainly, it is easy enough to deal with corruption when the culprit belongs to an opposing party. It takes courage of a higher order to apprehend or sanction corrupt persons who belong to one’s party or inner circle. So, it can be fairly said for now that the struggle has gone a notch higher, with the suspension of the two top aides, provided this does not turn out to be a ploy to buy time to appease the public. That being so, government must go beyond merely flashing its intention to put the reform on a higher pedestal. It must go on to sanitise its own ranks in order to give the reform a new lease. For example, it has been too quiet over similar allegations made against the Chief of Army Staff and some serving ministers. It must respond to such talk that several officials have waxed richer by taking advantage of multiple exchange rates, while the naira, until recently, has been deliberately abased to satisfy the appetite of some fat cats.

This will not be enough. As several persons have suggested, it is cheaper to prevent corruption from occurring than to have to deal with its consequences. Hence, while maintaining the current gravitas and deliberate mien, a strategy of strengthening law enforcement and other institutions, to the point where it is easier to detect corruption before it happens should be embarked upon. Much of these will be slow grinding work far away from the rush of ostentatious crime-busting headlines, for which the Economic and Financial Crimes Commission is famous. As the saying goes, what happens the morning after may be far more important than the day of high drama and gripping revelations. In the same connection, government may wish to employ the current conjuncture for a cabinet shake-up, long talked about but not implemented. This will end the inertia and business as usual approach, which were fast becoming associated with this government.

Fundamentally, it shou ld be noted that pervasive uncertainty, policy instability, and the failure over time to use the country’s wealth to create tangible development fuelled corruption. This happens because individuals in the crannies of power create measures and build up wealth to protect themselves from the ravages of an insecure polity and economy. The lesson to take home, therefore, is that while government wrestles with corrupt behaviour by sanctioning it, it should pay equal attention, through good governance, to the fundamental drivers of corruption.