On May 29, 2015, Governor of Lagos State, Mr. Akinwunmi Ambode, became the 14th Governor of the State. Three years after, he has invested tremendous time, energy and resources to accelerate socio-economic development in the State. From the outset, Ambode’s goal was to give Lagosians a functional and safer city, where people can find success…”
Editor
Op-Ed 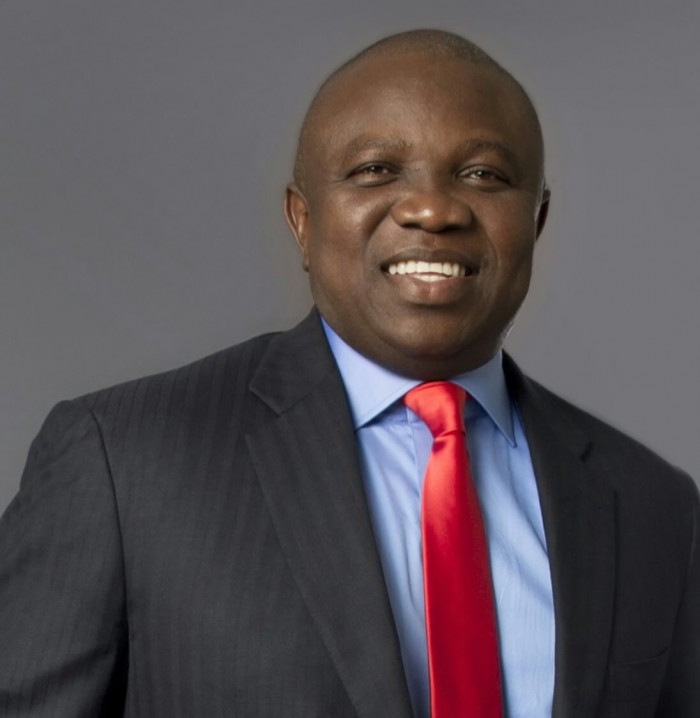 On May 29, 2015, Governor of Lagos State, Mr. Akinwunmi Ambode, became the 14th Governor of the State. Three years after, he has invested tremendous time, energy and resources to accelerate socio-economic development in the State.

From the outset, Ambode’s goal was to give Lagosians a functional and safer city, where people can find success and satisfaction. His slogan: “Itesiwaju Ipinle Eko, ‘Lojewalogun” which means: “The progress of Lagos is our priority”, is about development and modernization. Thus far, he has been able to achieve this through visionary leadership, untiring commitment to excellence, technocratic competence, commitment to results and, above all, accountability.

Across the State, massive infrastructure projects are visible. Recently, 21 roads and 3 bridges connecting Lagos with Ogun State were commissioned while Aboru Link Bridge was equally commissioned two years ago. In the Badagry axis, Imeke-Ajido Link Bridge and numerous other roads were constructed. Similarly, the Ajah and Abule-Egba Bridges, Ojodu-Berger Pedestrian Bridge with adjoining roads were completed and commissioned. Also, a World Class Bus Terminal at Ikeja was recently commissioned. In 2016, 114 inner roads were rehabilitated while a total of 181 community roads are currently undergoing reconstruction.

Presently, work is on-going on the Pen Cinema Flyover while the redevelopment of the Lagos Airport Road into a 10 lane international standard highway is on course. Equally work is progressing on the Oshodi Transport Interchange which when completed is bound to change the face of public transportation in the State. Just a few days back, approval was given for the construction of Fagba flyover.

In a democracy, a strong and thriving economy is vital because extreme poverty could be a serious threat to nation building. This explains Ambode’s unwavering dedication to strengthening the State’s economy. Presently, in Nigeria, Lagos has effectively proved that it is possible to build an economy that is not solely reliant on oil.

A large chunk of the State’s infrastructure renewal projects is being financed from Internally Generated Revenue (IGR). Presently, due to the impact of ongoing reforms and growth in the State’s economy, the State is experiencing relative improvement in its average monthly IGR. In the first quarter of 2018, the State has achieved an average monthly IGR of N34billion, compared to monthly averages of N22bn, N24bn and N30bn in 2015, 2016 and 2017 respectively.

One vital tendency that has become a recurring symbol of the Ambode administration is the Governor’s penchant for fulfilling promises. Sometimes ago, while on a project inspection tour at the popular Ladipo Motor Spare Parts Market, Oshodi, as soon as the Governor was sighted by the traders, chants of Ekwueme! Ekwueme! Ekwueme! filled the air. In Igbo language, Ekwueme means promise keeper. So, the ecstatic traders were merely expressing their appreciation to the Governor for keeping to his promise of improving infrastructure around the market.

In this clime, a good number of political leaders make empty promises. It is, however, in keeping faith with his promises that Ambode has raised the bar of governance in the country. To him, a leader should be bound by his word. In his inaugural speech, Ambode pledged to run a government that will leave no one behind; a government that will implement programmes that make life simpler, easier and happier for the people. Thus, his administration has ensured even allocation of infrastructure development across the State.

In the area of youth empowerment, the Governor promised to create a favourable atmosphere for the empowerment of the youth. Presently, his administration has put in place the N25b Lagos State Employment Trust Fund which youths with creative ideas and talents are now accessing to realize their dreams. Similarly, in fulfillment of his promise to make Lagos a sure and first destination of choice for investors in Africa, Ambode established the Office of Overseas Affairs and Investment to coordinate the State’s various investment initiatives.

The Governor is equally making good his promise of ensuring prompt payment of Public Servants’ wages on the 23rd of every month. This is simply a way of fulfilling his promise of creating a conducive atmosphere for Public Servants to thrive in the discharge of their statutory responsibilities. In our climes, there is, indeed, no better way to motivate workers than ensuring that their wages are paid on time.

Retired public servants are equally benefitting from Ambode’s promise of improving workers’ welfare. For instance, in 2015, in order to reduce the economic and emotional burdens of the State pensioners, a sum of N11bn was released to offset pension liabilities owed retirees in 2010. Also, between May 2017 and March 2018, N9.3 billion was paid as pension to 2,466 retirees in the State. Last year alone, government paid over N9 billion as terminal entitlements of retirees. Without a doubt, this intervention has gone a long way in ameliorating the sufferings of retirees in the State.

A New York Times bestselling author, Richard Paul Evans, once said: “Broken vows are like broken mirrors. They leave those who held to them bleeding and staring at fractured images of themselves.” Making promises and keeping them is definitely a good virtue that must be embraced by people in all walks of life. In the Nigerian political landscape, the consequence of several broken promises accounted for one of the reasons why many display apathy towards certain basic civic duties, especially tax payment and the electoral process.

But the Ambode Administration has demonstrated that promises are sacred and, as such, must be kept. Creating an atmosphere in which citizens and investors have no option but to stand by the government, the administration has continually proved that fulfilling of promises is possible, and that it is a virtue every responsible government should covet and uphold. Consequently, the State government has injected new hope and energy into a broken morale, scattered systems and altered preconceived mindsets that Nigeria’s ruling class is full of liars.

Thus far, Governor Ambode has been able to manage the Lagos economy through prudent and stringent management of available resources. This has qualified him as a trusted and reliable leader. According to German writer and statesman, Johann Wolfgang von Goethe, ‘not the maker of plans and promises, but rather the one who offers faithful service in small matters is the person who is most likely to achieve what is good and lasting’.

In Ken Follett’s novel, ‘The Pillars of the Earth’, the writer explores the development of medieval architecture as captured in the building of a cathedral in the town of Kingsbridge, England. Like the medieval architects in the novel, in the past three years, Ambode has been going about the reconstruction of Lagos like a skilled builder. The result is that his Administration has erected several pillars upon which the future of Lagos could now firmly rest.

As the Governor focuses on the last lap of his four years mandate, Lagosians are certainly in for more dose of his ‘Ekwueme’ trend in the State.

Ogunbiyi is of the Lagos State Ministry of Information & Strategy, Alausa, Ikeja, Lagos

An Exchange With Honourable Gbajabiamila By Bunmi Makinwa

The First Sign Of A Beating Heart By Sonala Olumhense