Nigeria Women Football League (NWFL) Championship side, Naija Ratels and Lobi Stars FC have emerged as representatives of Benue State for the upcoming Federation Cup also known as the AITEO Cup. This was made known through a letter issued by the Benue State Football Association Secretary-General, Mr Lorngulum Malu to the Nigeria Football Federation…”
Yusuf
Sports 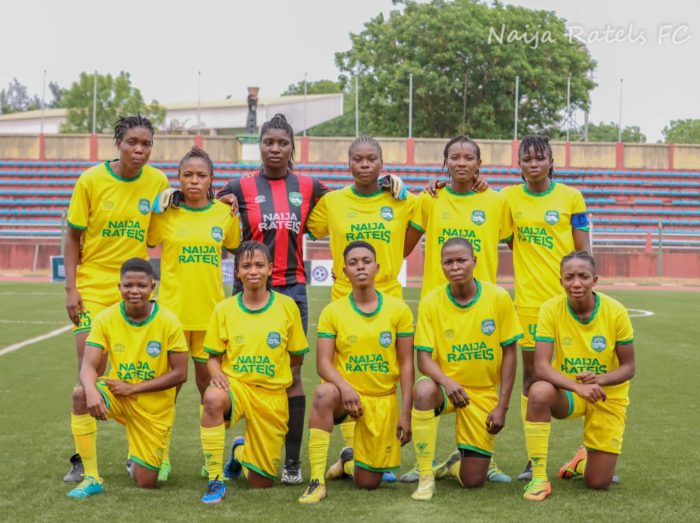 This was made known through a letter issued by the Benue State Football Association Secretary-General, Mr Lorngulum Malu to the Nigeria Football Federation (NFF) on Sunday evening.

The F.A scribe also noted that Naija Ratels FC were the only women football side in the state, that registered for the 2021 State F.A Cup.

Nigeria Professional Football League (NPFL) side, Lobi Stars FC of Makurdi are the state’s defending Champions while Naija Ratels will be participating in the AITEO Cup for the first time ever.

Meanwhile, Naija Ratels FC have intensified training ahead of the NWFL Championship season, which will kick start on the 22nd of June in Abuja.

The Benue State Football Association Secretary on behalf of the body tasked both teams to go all out and make the State proud at the National stages of the 2021 AITEO Cup.

Mourinho Not Sure Of Pogba’s Return.