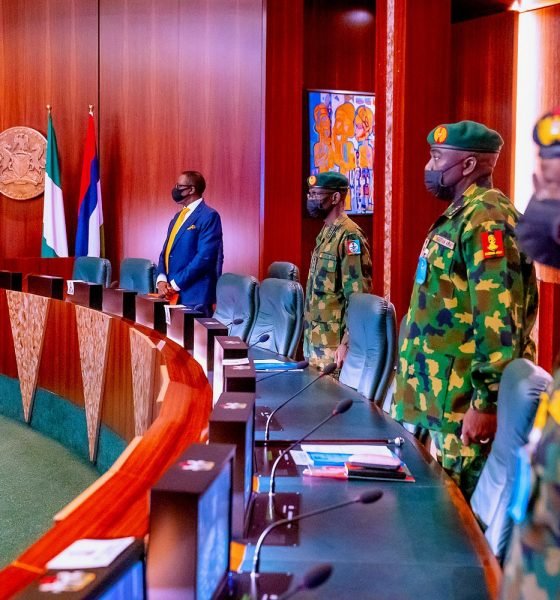 President Muhammadu Buhari has again summoned security chiefs to deliberate on successes being recorded from ongoing onslaught against terrorists and other criminals across the country.

It was gathered that the security chiefs would be updating the president on various military operations against criminals in the country.

The security agencies have been recording what has been described as ‘impressive results’ against the terrorists and other criminals in the North-east, North-west and other parts of the country.

A terrorist kingpin, Ali Dogo, popularly known as Yellow, and 30 of his fighters were killed in airstrikes by the Air Component of Operation Whirl Punch on 8 October at a location in Kaduna State.

Similar fruitful results are being recorded by the military in the ongoing fight against terrorist groups in the North-east zone and other parts of the country in recent times.

Those attending the security meeting include some cabinet ministers, security chiefs as well as some presidential aides.