The striker who refused Nigeria’s advances for a chance with England seniors, Tammy Abraham, has been demoted to the England Under-21s. Abraham, born to Nigerian parents, chose The English National team last year after Nigeria Football Federation President Amaju Pinnick met with the Swansea striker and offered him a spot in the World Cup-bound Super…”
Editor
Sports 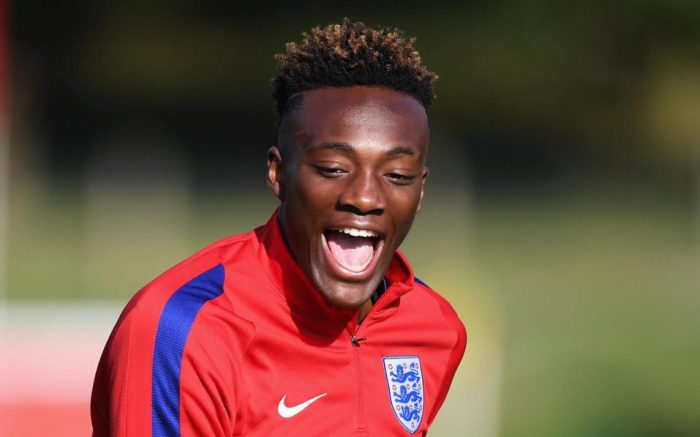 The striker who refused Nigeria’s advances for a chance with England seniors, Tammy Abraham, has been demoted to the England Under-21s.

But Abraham, in his good form them, chose England and was supported by the previous Swansea manager Paul Clement, who has since been fired.

Abraham, who has previously played for age-grade England teams, got a senior call-up for friendly games against Germany and Brazil last November and played in both games.

He was on from the start against Germany on 10 November and played for 59 minutes in the 0-0 draw, but was a 75th minute substitute against Brazil four days later in another 0-0 draw.

His form has since plummeted though and there is no place for him in Gareth Southgate’s squad for friendly matches against Italy and the Netherlands later in March.

Abraham has scored seven goals in 31 matches in all competitions this season, four goals in 24 Premier League games.

Since his senior England games, Abraham has scored only three goals in all competitions. He has not scored in 13 games in the Premier League since November and his three goals were all against lower league sides, two in the FA Cup against Notts County and one against MK Dons in the Carabao Cup.

Now the 20-year-old striker, on loan at Swansea from Chelsea, has been demoted to England Under-21s who play the Cyrille Regis International with Romania and a Euro U-21s qualifier against Ukraine in March.

Liverpool striker Dominic Solanke and Tottenham Hotspur midfielder Josh Onomah, who is on loan at Aston Villa in the Championship, are the other players with Nigerian heritage in the Young Lions squad.

They will face Romania at Wolves’ Molineux on Saturday 24 March, in the Cyrille Regis International.

That match will lead into the Euro qualifier with Ukraine at Sheffield United’s Bramall Lane on Tuesday, 27 March, when Boothroyd’s team will be looking to complete a double over their visitors following November’s 2-0 win in Kiev.