Governor Abiola Ajimobi of Oyo State has warned that traders who prefer to display and sell their wares by the roadsides instead of moving into the neighbourhood market stalls freely allocated to them by the state government will soon lose them. Ajimobi while restating the government’s decision against street trading during an unscheduled visit to…”
Editor
News 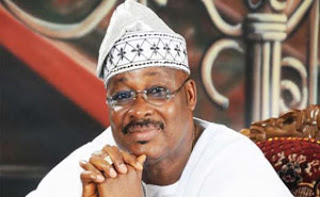 Governor Abiola Ajimobi of Oyo State has warned that traders who prefer to display and sell their wares by the roadsides instead of moving into the neighbourhood market stalls freely allocated to them by the state government will soon lose them.

Ajimobi while restating the government’s decision against street trading during an unscheduled visit to the neighbourhood market at the Scout Camp, Molete, Ibadan, on Thursday lamented the loss of lives and property attributed to street trading in some parts of the state.

The governor enjoined the traders to join hands with the government in its determination to end the practice once and for all.

The market was built and inaugurated in 2013 by the Ajimobi-led administration, with over 3000 spaces and lock-up shops, which were allocated to traders free of charge.

Ajimobi had by then said that the initiative was meant to create a safety net for traders who could not afford to rent a shop and particularly as part of the administration’s long-term plan to eradicate street trading.

For the market to be self-sustaining in the area of cleaning and security, the governor advised the traders to meet and decide on the modality for the collection of tokens as levies for its development.

“I’m appealing to you to hold on to the spaces allocated to you in this market. Those who were allocated spaces here, but decided to trade by the road will soon lose their allocation. We have preached and sensitized our people enough. We say no more to street trading.

“It’s unimaginable that some traders that were allocated spaces in this market free of charge along with you have decided to abandon them and move to the roadsides. In fact, we shall revoke their allocation. We shall start to enforce the law against street trading.

“There is nowhere in the whole of this country where government constructed this kind of modern market without collecting money from those allocated spaces. Henceforth, you should find a way of levying yourselves so as to have the financial strength to do things like cleaning of the environment and maintenance of security.”

He, therefore, called on the leadership of the market to urgently come up with an affordable payment scheme for the sake of keeping the market environment safe and clean.

Babaloja of the market, Mr. Kehinde Tewogbade lauded the initiative of the Ajimobi-led administration on the construction the market, which, he said, was completed within the promised six months.

Tewogbade said his members would be delighted if the government could go ahead and enforce the laws against street trading, adding that only by strict regulation and enforcement could ensure compliance occur.

“Ajimobi has always supported us. He promised to construct and complete the market within six months and that came to pass.

“We will not forget the N20million revolving loan he approved and gave us in 2013. All these are attributes of a good leader that cares for the downtrodden.

“I can say it openly that the leadership of this market is in agreement with the decision of the governor to enforce the law against those that have continued to trade by the roadside; they deserve it”, he said.