Abba Kyari’s Many Controversies: Media As Victim By Kehinde Ayantunji

Since the death of Abba Kyari, the Chief of Staff to President Muhammadu Buhari, and a man adjudged the most powerful aide to the President last Friday night, mass media across the globe have been flooded with accolades and controversies on the personality of late Kyari. The raging controversies and accolades have also been accompanied with…”
Yusuf
featured hero Op-Ed 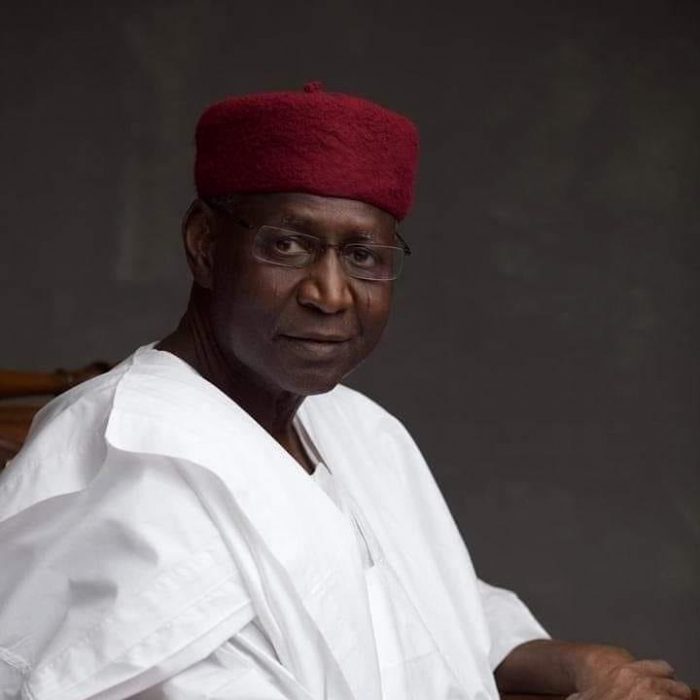 Since the death of Abba Kyari, the Chief of Staff to President Muhammadu Buhari, and a man adjudged the most powerful aide to the President last Friday night, mass media across the globe have been flooded with accolades and controversies on the personality of late Kyari.

The raging controversies and accolades have also been accompanied with bounty condolences from Nigeria and other parts of the world. The media attention is not in any way a surprise perhaps, Abba Kyari was the highest ranking public office holder that has died of COVID-19 in Nigeria.

His strategic position in, and responsibility to, the Nigerian presidency could not have attracted less attention as a policy and political gatekeeper of President Buhari. Most of the past and present leaders of the country have described Kyari as a hero and loyal aid to the president with zero tolerance for corruption, a patriotic public officer who offered his best for the transformation of Nigeria.

Most of the strongly worded and appealing condolences might not have genuinely reflected the wishes of many of the politicians, especially those of the All Progressive Congress (APC) extraction who have openly accused the former presidential aide of power abuse and “extreme political interference.”

They repeatedly lamented that he was harvesting from a farm where he never planted any seed.  But with the ravaging COVID-19, the sobering mood of the President who lost his most-loyal ally, and the Nigerian culture of not vilifying the dead, the crafty commiserations are timely consolation to the immediate family of Kyari, that their father indeed died a hero. If those accolades from top-ranking elites could be the evaluative criteria or clearance for heaven, without hesitation, his fate with God is sealed.

Outside conventional media, Nigeria social media community was locked in fierce about many ccontroversies of the late chief of staff by cataloging his antecedents in the the presidency ranging from political intrigues, overlapping responsibilities, private and family life. The most trending part of the controversies on Saturday after his burial was the authentic age of the late presidential aid. Some media reported 81 years, 80, 77 and 67 while many speculated to be in his 70s, few reported that his real age could not be confirmed.

The controversies about Kyari’s true age trended for hours before it was released on the verified twitter handle of President Buhari that he was 67 years. This release from the presidency should have cleared the air on the authenticity of Kyari’s real age, but previous inconsistencies with facts and figures from the same office partly eroded the value in that information. In the earlier statement released by the Presidential Spokesman, Femi Adeshina, the age of the deceased was not mentioned; perhaps he was not also sure and to avoid another controversy and not aggravate the already tensed situation in the villa with the death of Kyari, he offered no reprieve.

Unfortunately, no official data from the Federal Government of Nigeria clearly spelt out the age of Kyari; he hardly granted interviews with the media. Furthermore, the 1999 Constitution as amended has not also placed any obligations on the President to forward the name of nominee for the post of Chief of Staff to the Senate for confirmation.

This would have afforded a glimpse into his profile, detailing his academic qualifications and authentic age. When he was announced in 2015 as the Chief of Staff and later re-appointed by the president in 2019, his age was not mentioned, he did not publicly celebrate his birthday in the last five years.

When he announced that he had contracted COVID-19, it was even rumored that he was older than President Buhari who is 77 years. The controversy has, for negative reasons, brought Nigeria again to a global sphere of disrepute. It falls below any logic that on a twinkle of an eye even before the confirmation of authorities, leading media organisations in Nigeria could not report the accurate age of the president’s “gate-keeper”. This is a reflection of corruption in the system because published verifiable identity and demographical information of public office-holders should be the foundation of transparency and accountability in governance.

In Nigeria, it is not new. The narrative of “real age and official age” is a common practice in the civil service. This is also the trend in politics as many political office-holders have been sent packing by courts for falsification of age. In the Kyari case, the media appeared to be the primary victim of this age controversy. Among the first media victims was Television Continental (TVC) which ran a robust profile of Kyari by Ayo Ozugbakun, a cerebral broadcaster and anchor of the popular public affairs programme, Journalist Hangout.

During the live coverage of the burial rites in Gudu Muslim Cementry, Abuja, he rolled out Kyari’s profile and pegged his age at 81. He was later embarrassed that it was factual error. The implication of this was far reaching considering the credibility of TVC and the viewership it attracted at that moment of national mourning; more importantly when people are in lockdown and the only opportunity to see what was immediately happening in Abuja was to watch TVC. The African Independent Television (AIT) was also a victim of this factual error, it was lured to report the unfortunate 1938 date of birth of Kyari.

Foreign media agencies were also trapped in this factual error. It was embarrassing that such international and reputable media agencies as Aljazeera Online and The Guardian of the UK were caught in the web.

Aljazeera in a story titled ” Nigeria president’s top aide dies of Coronavirus: Presidency”, after quoting the presidential spokesperson,  it also estimated in the fourth paragraph of the story that the dead presidential aide was in his 70s. Likewise, the The Guardian newspaper (notable in the US and Europe) reported on Saturday in a story titled “Coronavirus Hit staff close to Nigeria and Afhgan Presidents” and in the second paragraph, it estimated Abba Kyari to be in his 70s.

Reuters was also misled by some presidential aide to report that Kyari died at 70. The Jerusalem Post cited Reuters in reporting that Kyari died in his 70s. Although the story was later updated as reported by the National Post, a Canadian Newspaper quoted 67, relying on the verified Twitter handle of President Buhari.

Most of these newspapers could not be entirely blamed for estimating the age of the late Kyari in their quest to be detailed as much as possible because as of the time of breaking the news, there was no official information from the federal government as to the real age of the former aide. The estimation eventually lured many to compromise expected standard of accuracy.

There are two main sources of this factual error, Wikipedia and “undisclosed presidency source”. This is a great lesson on over-reliance on information from Wikipedia which could be biased in some cases, and full of factual error. It could also be updated at will which makes it less reliable and dependable.

Even in Nigeria, it is an unpardonable offence to cite Wikipedia in academic works in some standard universities. The academics argue that Wikipedia is an electronic platform that willfully yields itself to purposeful alterations and bad changes coupled with many unverifiable sources of information as evidence that devoid it of standard of reliability.

In Kyari’s circumstances, early in the morning, Wikipedia claimed that he was born in 1938 which many media organisations including TVC relied on. Unfortunately, in the afternoon, it stated that his age could not be ascertained and at night, its information was updated to be 1952 to 2020 which was the later position of the presidency that Kyari was 67. The presidential sources could not also be blamed because they lacked access to the real age of Kyari. He might have deliberately under–played his real age for whatever reason best known to him.

The point I am making is that during this COVID-19 pandemic, media organisations are solidly relied on for receiving information by the apprehensive populace who are in lockdown and factual errors could be a great disaster. The other implication of this misleading report is that it reflects inherentlack of transparency and corruption of everything in Nigeria. If the accurate age of the alleged most powerful presidential aide is unknown or not easily assessed in a national public data base, only God knows the secret intrigues in the corridor of power. There is no way Nigeria will not continue to be a laughing stock among nations of the world; our operations and inactions are indeed embarrassing.

In such circumstances, such embarrassing stories are avoidable as reflected in the reports from Premium Times and The Cable. Premium Times in a report titled, “Coronavirus, Buhari’s Chief of Staff Dies as Cases Hit 493,” the newspaper reported that his real age could not be verified but it was later updated as 67 when the age was officially released. The controversy was also waved in another report by Premium Times with the headline: ” Kyari Died at First Cardiology Consultant Hospital, Ikoyi, Lagos.”

It was also reflected that his age could not be confirmed; this evasive strategy protected the medium from such embarrassment and it never in any way translated to loss ofsubstance in the stories. The Cable also toed the same line to avoid the controversial report.

On Wikipedia, journalists should note that it is not a reliable source of information for professionals who lead the populace through what they write. However, it is in the best interest of a journalist to attribute the information in a situation that it remained the only source of news. This was evidently demonstrated by The Nation newspaper in reporting the death of Kyari. In its breaking news, the newspaper absolutely attributed the biography of Kyari to Wikipedia.

According to Wikipedia, Kyari graduated from Warwick University, UK with Bachelor’s degree in Sociology in 1980″. This alone is enough defense from embarrassing factual error. On a final note, it is also a strong lesson to media professionals to take serious the dossier of public office holders. Journalism is about now and the future and it is important we update our data on public officials and private news-makers so that we don’t scramble unnecessarily for unverified information at pressing moments. We should investigate grey areas on biographical information of news-makers while they are alive and ensure that we do not pass this ignoble route again.

Kehinde Ayantunji writes from Osogbo, Osun State. He is the Chairman of the Nigeria Union of Journalists, Osun Council.