Kayode Agbaje, former Editor, chronologises the contributions of Osun Defender as a Campaign Organ and mobiliser of opinion in the course of social justice. The genesis of the Rauf Aregbesola intervention is being well documented in a seminal upcoming book to be published by Gbenga Fayemiwo. A detailed chronology of the twists and many turns…”
Editor
Op-Ed Osun 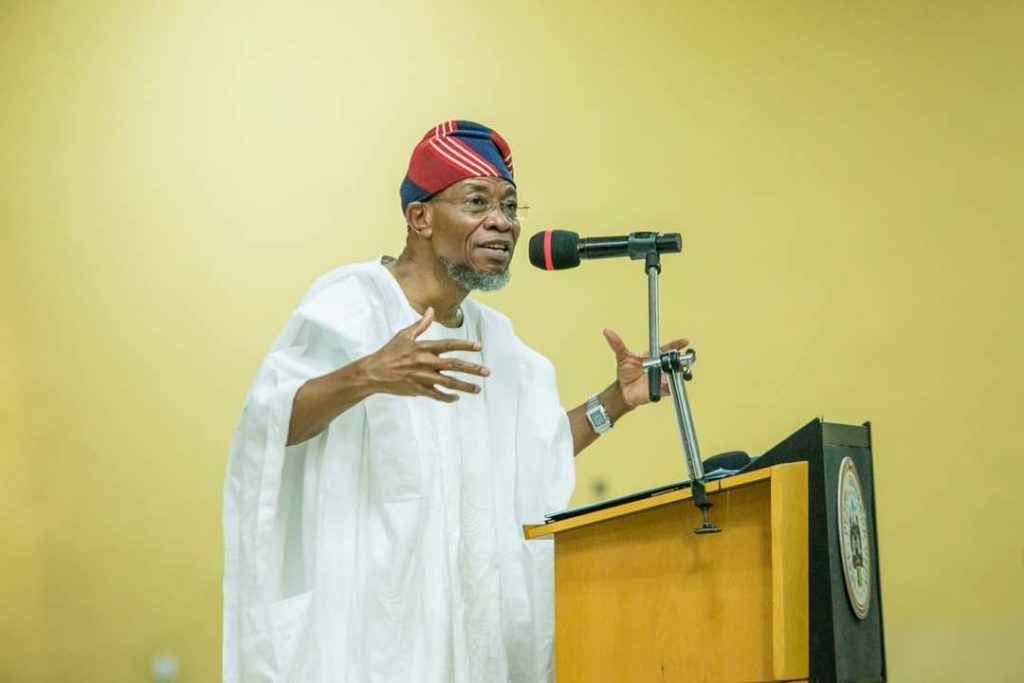 Kayode Agbaje, former Editor, chronologises the contributions of Osun Defender as a Campaign Organ and mobiliser of opinion in the course of social justice.

The genesis of the Rauf Aregbesola intervention is being well documented in a seminal upcoming book to be published by Gbenga Fayemiwo. A detailed chronology of the twists and many turns on the road to power.

For Aregbesola and the progressive cause, it was a long days journey to a victory and Fayemiwo captures it in detail. This is not a run-of-the mill hagiography, it is a major analysis that will be in demand in academic institution at home and abroad. A formal presentation of this landmark work is expected to be announce soon.

The debut of Osun Defender as a tabloid and its eventual appearance on the newsstand in 2006 was like a bolt out of the blues.

Many things have been written about this newspaper in terms of its origin and operations by various authors, the content of this piece would only centre on the numerous roles played by the medium in the turbulent years orchestrated by what the then opposition party, the Action Congress of Nigeria (ACN) termed the darkest period in the state’s political history.

The ruling party at the period was the Peoples Democratic Party (PDP) whose agenda was to continue holding on to power in the state at all cost, irrespective of whose horse was gored.

On various occasion, members and officials of the ruling party boasted to whoever cared to listen that there was no opposition in the state.

Their assumption or belief stemmed from the fact that the party took firm control of all machineries of violence, thereby subjecting the entire residents of the state to perpetual fear of the unknown. It was a period that could be likened to what Thomas Hobbes, a political philosopher, said: “In the state of nature, life could be short and brutish, only the fittest could survive.”

In practical terms, the state PDP, with the active backing of their federal collaborators, indeed held the entire state by the jugular, while the opposition watched helplessly.

It was at this time that Osun Defender made its debut and made objectivity its watchword.

The medium’s appearance on the newsstand was more of a dream comes true for the news-hungry members of the public, as the medium fed them what other news media houses dared not to publish or broadcast.

It was indeed a time when listeners and readers were only fed information about government activities devoid of any form of objectivity.

The initial appearance of the tabloid didn’t portend any serious danger to the power-that-be in the state, until it started publishing damning reports about the government and its officials.

The medium, through its contents at this time, was said to have stirred the hornet’s nest and all efforts must be put in motion to muzzle it out of existence.

The Editor and other editorial staff members of the medium started operating under the most hostile working environment, while the PDP members labeled it ‘Osun Attacker’.

The ruling party thus set the stage for an all-out-war on the medium.

The prevailing hostile political climate however failed to deter the resolve of the medium’s editorial and non-editorial staff to ensure regular publication of the tabloid and its appearance on the newsstand.

Osun Defender had its tentacles spread across all the nooks and crannies of the state with willing sources ever ready to avail the medium numerous classified information and exclusive reports.

In an attempt to reduce the number of staff exposed to the dangerous hazards occasioned by hostile stance of the state government to the medium, the management engaged one reporter per senatorial district and one photographer for all its operations.

Numerous occasions abound when editorial staff were warned to stay away from their residences to avoid being attacked by some unknown assailants.

The editor at a time even invited a security expert to lecture staff on how best to avoid being attacked by any agent of the state, especially some roughnecks believed to be on the payroll of prominent PDP chieftains.

Of note was the attack on Engineer Rauf Adesoji Aregbesola during the 2006 Oroki Day celebration when he escaped the assassins’ bullets just by the skin of his teeth.

The incident was one that actually propelled the tabloid to a higher pedestal, as it further distinguished itself as an objective medium as a result of its unbiased reportage of the incident.

The stage was thus set for the newspaper to be labeled as being anti-government and the PDP.

In view of avalanche of facts contained in its reports, the PDP administration in the state ordered all privately-owned photo-copying centres to relocate outside the state government secretariat at Abere, while civil servants were barred from patronizing them.

The thinking at that time by the PDP government in the state was that the business centre owners were the ones divulging government secrets to Osun Defender.

For a very long time before the election on April 14th, 2007, the medium and its staff were subjected to series of threats and intimidation by some PDP members, who were using the security agents to drive fear into our minds.

The pioneer editor of the medium also cheated death by the whiskers, as his personal car was severally shot at, by some thugs believed to have been sent by the state government.

The governorship candidate of the then opposition party, Engineer Rauf Aregbesola, aside the Oroki Day saga, also suffered one form of intimidation or the other from the PDP administration in the state.

Days to the governorship election, Osun State residents witnessed massive deployment of military personnel who paraded all the streets of major towns across the state in a show of force to drive fear down the spines of the electorate.

On the election day, April 14th, 2007, all members of the editorial staff were posted to different council areas across the state for effective coverage of the electioneering process.

Quickly, news started filtering in that the opposition candidate was on his way to winning the election.

I also stayed back at the office through the night, when feelers from the Independent National Electoral Commission (INEC) filtered in indicating total subjugation of the people’s will and before dawn, the incumbent governor, Olagunsoye Oyinlola was announced to have won the election.

This led to spontaneous reaction from the electorate, who felt their wish for change of baton ought to be respected.

Several houses belonging to senior PDP members were vandalized, thus leading to the arrest and detention of several members of the opposition party including the likes of Alhaji Moshood Adeoti, the State Chairman of the Action Congress of Nigeria (ACN), Prince Gboyega Famoodun, the ACN State Secretary among others.

The military men who were hitherto invited into the state by the Oyinlola administration were instantly deployed to Ilesa, the hot bed of the crisis leading to the killing of numerous young men and women.

There was the case of a young girl violently raped by the thugs working for a prominent PDP chieftain in Ilesa.

The rape case was given a pride of place by the Osun Defender team attracting national attention to the case. All the culprits were eventually rounded up and prosecuted in the court of law.

Several attempts were made by the PDP leadership in the state to stampede the family of the rape victim into submission and force them to withdraw the case from court.

In what could best be termed jungle justice, all those arrested over the electoral crisis were summarily prosecuted and before one could say Jack Robinson, they were all remanded in Ilesa and Ile-Ife prisons.

After series of appearances by all the accused persons, some were granted bails with highly stringent conditions.

Then came the longest legal tussle in judicial history over the pyrrhic victory granted the PDP governorship candidate, Governor Oyinlola.

Osun Defender throughout the legal travail, created a reputation of unbiased reportage of the judicial proceedings for itself.

Reports of the tribunal hearings by the medium became the only source of information to the entire state residents on what they want to know on the case.

Judicial correspondents from other media houses outside the state sometimes called the editor to avail them of the medium’s reportage of the tribunal proceedings.

This was indeed a trying time for the editorial staff of the tabloid, and it was under this circumstance that the publisher insisted on having the paper published daily to further expose the numerous atrocities of the PDP administration.

The judicial journey through the two tribunals and two appellate court sittings was professionally reported by the medium and when on November 26th, 2010, Aregbesola’s electoral mandate was restored via a Court of Appeal sitting in Ibadan, the Oyo State capital, Osun Defender staff shared in the joy of the occasion.

The climax of the joyous moment was the Aregbesola’s inauguration as the duly-elected governor of the state in the 2007 electoral election.

The medium has since then transformed from being a local tabloid to a national medium with heavy traffic recorded on its online version till date.

APC, PDP Constitute No Threat To Us – DPP Aspirant