By Ismaeel Uthman No fewer than 250, 000 pupils in all the public schools in the state of Osun have consumed a total of 427,500,000 plates of nutritious meals being served to them by the state government under the free school feeding programme called O’ MEAL. The consumed 427,500,000 meal plates gulped a sum of…”
Yusuf
Osun 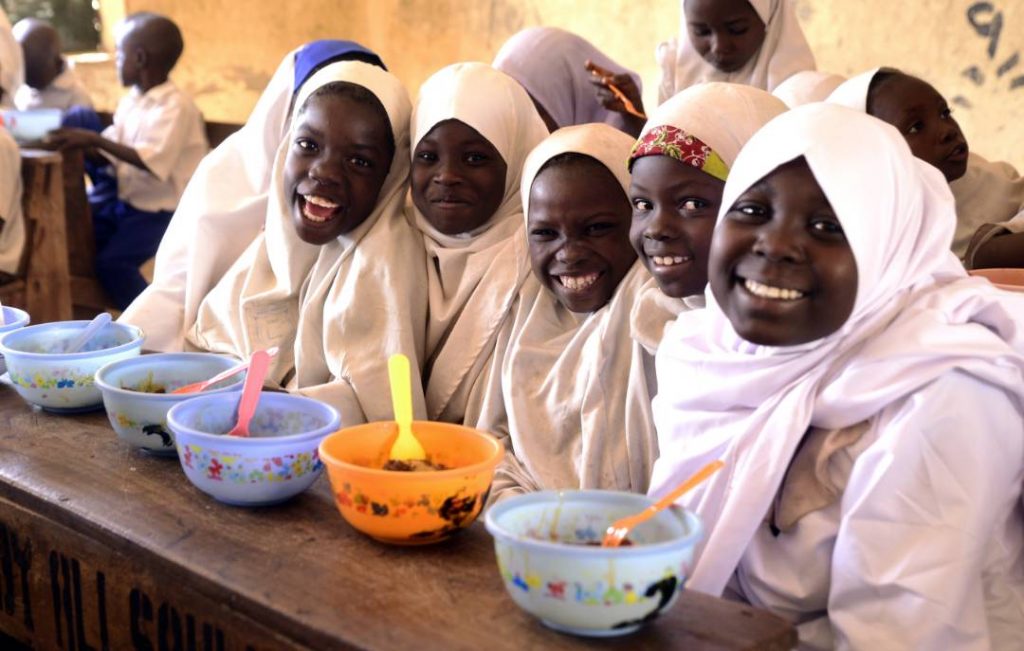 No fewer than 250, 000 pupils in all the public schools in the state of Osun have consumed a total of 427,500,000 plates of nutritious meals being served to them by the state government under the free school feeding programme called O’ MEAL.

The consumed 427,500,000 meal plates gulped a sum of N21bilion expended by the state government between 2012 and 2018, according to Honourable Ajibola Famurewa, who is representing Ijesa-South Federal Constituency in the House of Representatives.

The free lunch programme which was repackaged by the Governor Rauf Aregbesola’s administration in 2012, has been ensuring that the public elementary school pupils eat lunch with eggs, chicken, fruits and beverages every school day.

Famurewa who spoke at the 3rd edition of a colloquium tags ‘RAUFNOMICS’ to celebrate Aregbesola’s 61st birthday on Sunday, said over 3,000 local caterers have been employed to prepare the food for the school children.

He said: “Since the commencement of the O – Meal School Feeding Programme in the last quarter of 2012, we have served 427,500,000 plates of nutritious meals to 250,000 pupils daily in our public schools, amounting to a whopping sum of N21billion till date.

“This huge amount was injected into the Osun economy, as I am proud to inform you that all the ingredients used are all sourced locally, talk of the eggs, chicken, fruits with over 3,000 local caterers preparing the food.

“This is part of the employment generating mechanism that culminated in our recent rating where our state was adjudged the second lowest in terms of unemployed Nigerians. This is what we call RAUFNOMICS.”

Famurewa stated that the Aregbesola’s administration has built over 70 new model state-of-the-art schools, provided free school uniforms for pupils, disclosing that Osun has one of the highest numbers of admissible students into tertiary institutions in Nigeria.

The lawmaker maintained that the steady development in the education sector in the state reflected in the performance of the students in external extermination where Osun recorded 46 per cent in West Africa Examination Council against the 15 per cent it used to be before the advent of Aregbesola.

“Aregbesola has redefined good governance, even our lazy opposition testified to this open truth.

“ In the face of orchestrated propaganda by our detractors in the public domain, we are happy to tell you that the best SSCE WAEC O – Level result before Aregbesola was 15per cent, but today, we have achieved 46 per cent in WAEC/NECO results, those with credit marks in English language and mathematics subjects inclusive”, he stressed.